Falling in Love with Morelia

When I announced that Morelia was on my itinerary here in Mexico I was surprised to read tweets asking me if the city was safe for travel. Truth be told I found myself getting defensive as though someone had just insulted a member of my family. What do you mean, is Morelia safe?! It’s safer than New York City!

Yes, I actually started comparing Morelia to New York City, I was that determined to prove that whatever negative news reports there had been, the city was still safe for travel. And guess what? It IS!

Morelia has been on my radar for years, ever since I met my friend Martha while we both worked at HI Niagara Falls in 2008. Martha is from Morelia (she now lives in Playa del Carmen) and we would talk about it from time to time. So when I started to do my planning for Mexico, Morelia was high on my list. My mind was set and nobody was going to deter me from going. 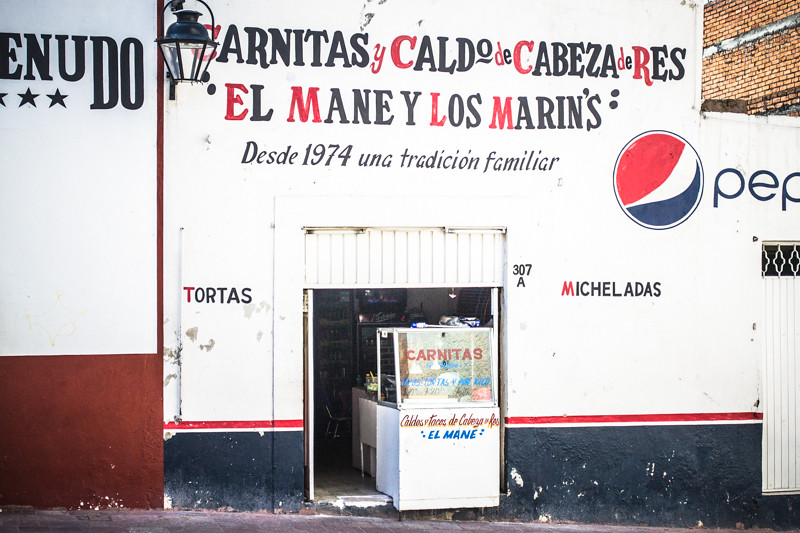 I didn’t have a lot of time in Morelia this time around so I spent my time in Centro Historico (historical center) surrounded by 17th century buildings, churches, and the Morelia Cathedral. Which means I was in travel heaven (remember, I’m a history fanatic and I’ve been dreaming of owning a fieldstone farmhouse for YEARS!). I spent a lot of time walking around Morelia Cathedral, and although I’m not catholic I spent a fair amount of time sitting inside, staring at the ceiling and the religious paintings.

As I sat there I listened to a father teaching his sons about the art inside the cathedral, I watched people praying, and I relished in the cool breeze that flowed through, cooling me off. It was one of those amazingly peaceful moments, and in a way I could have stayed forever. It was the perfect way to start my time in Morelia.

My hotel on the second night, Hotel Cantera Diez, was in the middle of the historical center. The perfect location for my travel style. I wandered down random streets for hours staring at buildings, counting churches (wow, so many churches), and making mental notes on which taquerias and shops I want to check out the next time I’m in the city. Morelia was mesmerizing. I was on visual overload, and no I am not exaggerating.

When I wasn’t walking around the city, or taking a little comfort break in my hotel room, I was eating. I wasn’t eating a lot, but I did eat, and one of my favourite places (thanks to a tip from my friend Sylvie) was Los Pioneros Taqueria, which was only a couple blocks from my hotel.

One of the things (and there are many) I love about Mexico is that each city/region has their own special tacos. Tacos that you may not find elsewhere. In Morelia I discovered the sheer awesomeness of Taco de Chorizo verde, a spicy green chorizo taco, that was even spicier when I mistakenly put crushed fresh chili sauce on top instead of salsa.

How did I make such a colossal mistake you ask? It really did look like salsa verde. Okay, so I didn’t look closely and I totally missed the pieces of red chilies, and green chilies, and all the seeds. I was hungry! Anyway, I lathered up my taco with ‘salsa’ because how hot could salsa be? And then I took a couple bits. And then my tonsils were on FIRE! Yes, my TONSILS! Definitely a new foodie experience for me as I’m use to my mouth or lips being on fire, not my tonsils. Either way my taco was absolutely delicious, and would have eaten more of them if I had room in my tummy to do so.

When the sun went to sleep and the stars came out to play Morelia (well centro historico) seemed to sparkle. The cathedral lit with yellow and royal purple lights. The sounds of children playing. A miricahi band playing loudly in the square next door. The bells of the church ringing. I have to admit. After taking a couple photos I went back to my hotel room (which faced the cathedral) opened the balcony doors, and listened to the noises outside as I laid on the sofa in the dark. It was like Morelia was serenading me. And as sappy as this post seems, it is exactly how I felt.

I loved walking around with my camera, drooling over architecture, and getting up close and personal with a taqueria or two. Morelia is a magical place. It’s beautiful and intriguing, and I’ve already promised to return and see more of it.